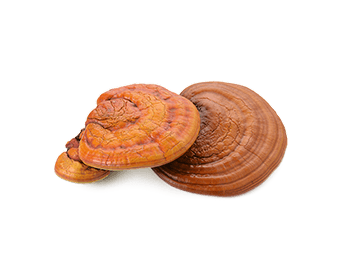 Reishi mushrooms (Ganoderma lucidum), also known as lingzhi mushrooms in China, are fungi that have been used for thousands of years in Asia. These mushrooms are adaptogens and are now very popular around the world. The mushroom’s kidney-shaped, red-brown, varnished appearance make it distinctly different to other mushrooms. In the wild, reishi mushrooms grow at the base of deciduous trees, but today they are commonly cultivated in woodchips and sawdust or grown on hardwood logs.