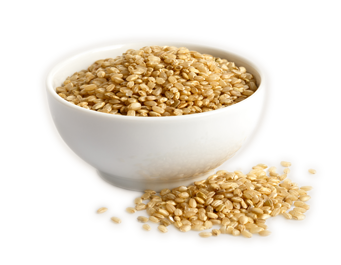 Brown rice (Oryza sativa L.) is whole grain rice that has had only the husk removed, leaving the germ, bran and endosperm intact. Both the bran and the germ are nutrient-rich parts of the grain. Rice, the most widely grown tropical cereal, is considered to be one of the most important grains. Consumed for centuries, and a staple food of South Asia, it was once known as 'dhanya' in India, meaning 'sustainer of the human race'.