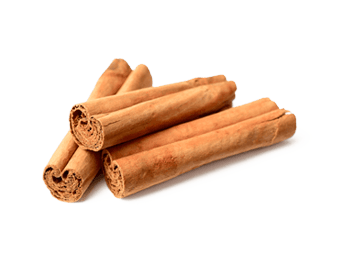 Ceylon cinnamon (Cinnamomum zeylanicum) has a mild sweet taste, a light to medium reddish brown color and a delicate, sweet aroma. Most cinnamon found for sale is made of less expensive inferior varieties of cinnamon called Cassia, Korintje and Saigon which have a spicy bitter or pungent taste, a dark brown color and a pungent aroma.

The main compounds identified in ceylon cinnamon belong to either of two chemical classes; polyphenols or volatile phenols. Among polyphenols, cinnamon contains mainly vanillic, caffeic, gallic, protocatechuic, p-coumaric and ferulic acids, as well as procyanidins and catechins. The primary volatile phenol is cinnamaldehyde. Ceylon cinnamon has a lower content of the volatile phenols than other forms of cinnamon, resulting in a more pleasant flavor and aroma. Cinnamon is also a good source of fiber, iron, calcium and the trace mineral manganese.*