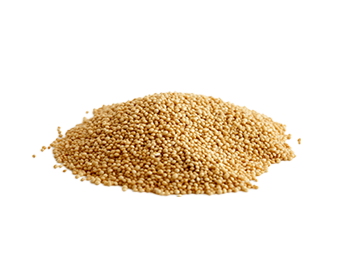 Amaranth (Amaranthus caudatus) is an annual erect flowering plant that can grow 3-8 ft tall. Also known as Inca wheat, love-lies-bleeding and foxtail amaranth, it commonly has long reddish-purple flower clusters. Originating in the Andes, it was a staple food of the Aztecs. Like quinoa, it is a pseudo-grain and is mainly grown for its edible starchy seeds and leaves.

Amaranth seeds are high in protein, especially lysine, an amino acid found in low quantities in grains. It is a moderate-rich source of phosphorous, manganese and iron, and contains phytochemicals including polyphenols, saponins, tannins, oxalates and phytosterols.*