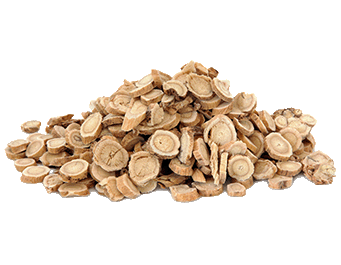 Astragalus (Astragalus membranaceus), also known as Mongolian milk vetch, is a perennial plant that has been used for over 2000 years. It is indigenous to eastern and northern China, Korea and Mongolia, and now also grows in estuaries, riverbanks and pine wood forests throughout Asia. Astragalus root is a major ingredient in the Chinese herbal preparation Huang Qi and typically, the roots are aged for four to seven years then harvested and dried before use.