GMOs have become hot topic over the past decade, igniting a firestorm of controversy between consumer advocates and agribusiness supporters. Dubbed GMOs for short, Genetically Modified Organisms have a dubious safety record that has led to serious concerns from eminent scientists and physicians.

Back in the 1970s, concerns were so high about possible genetic contamination from GMO-type experiments, extreme precautions were used to make sure no rogue DNA was released into the environment. However, yielding to pressure from industry advocates seeking to push GMO developments into a profitable venture, that soon changed.

In 2006, 252 million acres of genetically modified crops were planted around the world. Are these crops safe? What are the ramifications of this global science experiment? 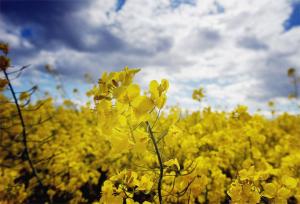 GMOs rely almost exclusively on virus DNA to carry new genes into various species, thus setting the stage for “gene jumping”—because virus DNA is relatively unstable, releasing volumes of invasive virus DNA into our food and environment means that we don’t know what DNA will land where. The new DNA could mutate into new viruses, or be absorbed into cells into our body, or combine with other DNA to create toxins and allergens in engineered plants.

No one knows for sure how the next chapter of the world-wide introduction of genetically modified foods will play out, but there are many disturbing concerns raised by scientific and consumer advocate groups:

*No long-term safety studies were ever performed on GMO crops that have been introduced into our diets and environment; declared “GRAS” or “Generally Recognized as Safe” by the FDA in 1992, GMOs have never been subjected to rigorous, long-term scientific studies for safety in humans and in the environment.

*Many strains of GMOs are designed to be resistant to herbicide, resulting in a dramatic increase in herbicide use as well as the emergence of herbicide-resistant “superweeds”. In the first 9 years of GM crops, herbicide use jumped 138 million pounds, and then increased by another 120 million pounds over the next 2 years.

*Children are particularly vulnerable to potential dangers from GMOs.

*GMO contamination in other crops is inevitable; cross-pollination between GMO and organic or non-GMO crops has already occurred and is impossible to prevent at this point.

*The FDA does not require labeling on foods that contain GMOs, making it impossible for unwitting consumers to know that they are eating genetically modified foods.

At NP Nutra®, we firmly believe it is best to respect Mother Nature. Genetic experiments on our food have gone too far. With health care costs skyrocketing out of control, the best solution is to focus on implementing what we know really works—wholesome, organic, plant-based foods and medicines, as well as common sense strategies such as stress reduction and exercise.