The commercial cultivation of Cinnamon has made this spice more common and readily available. However, in Ancient Egyptian times this flavorful spice was rare and valued as a prized gift, fit for royalty.

Much more than a well-loved spice that adds a special flavor to supplements, functional foods and beverages, Ceylon Cinnamon Powder has many recognized health-giving benefits. Read on to discover what these benefits are. 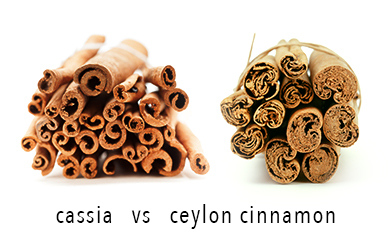 Ceylon Cinnamon comes from the inner bark of the small Ceylon Cinnamon tree which is native to Sri Lanka. Prior to processing, the bark is left to dry and forms curled sticks or quills with numerous thin layers. These quills can then be ground into a fine powder by simply using a coffee or spice grinder.

Ceylon Cinnamon's distinctive taste and aroma comes from the cinnamaldehyde compound which also provides the spice with health-enhancing properties.1

While the powder produced from grinding Cassia Cinnamon is dark brown in color with a pungent aroma, Ceylon Cinnamon Powder has a light to medium reddish brown color and a mild sweet taste and aroma.

NP Nutra's Ceylon Cinnamon Powder (organic) comes from India and is tan to brown in color, partly-soluble with a characteristic aroma and flavor. Our premium product is food grade, Certified Organic, Kosher, Pesticide-free and is produced in a BRC certified facility.

Contact us for a free sample and further product information.