For decades man has striven to reduce his burden of work and improve his health, but not all of his inventions have worked well to the benefit of mankind. Advances in the field of agriculture is one of the latest of these experiments that did not turn out well.

GMO protagonists argue that they are simply mixing genes as Mother Nature does when she cross-breeds by pollination, but that they do it in a different way. This stroke of a broad brush misrepresents the actual picture. 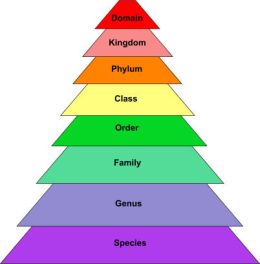 There are several divisions of living beings, which are called Kingdoms. Within a Kingdom is a grouping called Phylum. Within Phylum are Classes. Within each Class there are Orders, then, Family, then Genus, and finally Species. It is known that bio-engineers take genetic bits from several Kingdoms-- human, animal, plant, fish, fungi, virus and bacteria—and combine them in their experiments. They contend that Mother Nature does the same thing when bees cross-pollinate multiple species of plants, or rose breeders cross-pollinate between flowers to produce a new hybrid rose. However, this comparison is entirely fallacious. Bees and rose growers cross-breed between entities of the same Kingdom—plant with plant. Dogs breed with other breeds of dog. Occasionally there might be some romantic carryings-on between one closely-related group and another, such as when horses and donkeys produce mules, or dogs mix with wolves or coyotes. This is natural breeding that occasionally happens between different species or genera—which are closely related.

However, there is no such natural cross-breeding on the higher levels of classification of Kingdoms and Families. Some types of living entities eat, reproduce and excrete differently from the others, and geneticists would be hard-pressed to produce a workable or viable new life form from such a mix-up. Thus, there is no natural breeding between humans and molds, or between fish and bacteria. Yet this is exactly what genetic engineers are doing with the mixing of genes in our food crops: splicing pieces of insect, fish, bacteria, virus and animal genetic material with that of plants; and this then mixed inside the body with human genes. Additionally, the shotgun-method used to insert this material into plant cells leaves the experimenters unsure how much, if any, of the altered genes successfully entered a chromosome as planned.

Some people may wonder whether such argumentation has relevance to practical living and health. While some areas are still being debated—such as GMO effects on the environmental, economic and social arenas--a study has now proven that there is a direct connection between ingestion of genetically modified foods and 22 chronic diseases in the United States. Two front-runners were liver and kidney diseases. 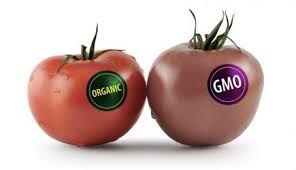 Not the very least of concerns is the use of antibiotics in the process. The concern was that a “horizontal” or indirect insertion of antibiotics into humans via eating this genetically modified food would cause the development of new, drug-resistant viruses. As if in response to this doubt, it was discovered that bacteria in the human intestine was able to pick up DNA from one’s genetically modified food. After that, antibiotic-resistant viruses have been found in many hospitals.